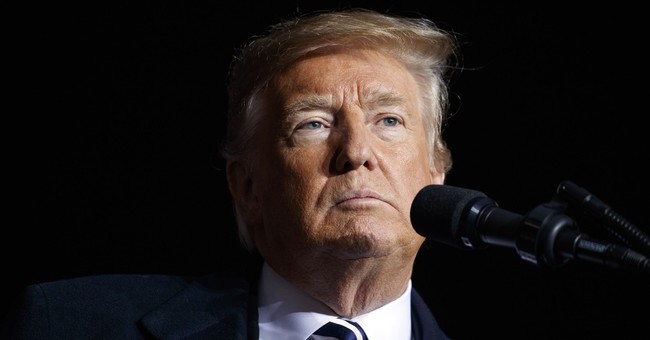 On Tuesday afternoon President Trump will sign an executive order to launch a new program aimed at preventing veteran suicide.

The “National Roadmap to Empower Veterans and End Veteran Suicide” will provide new grants for suicide prevention programs in local communities and bring in the private sector to help cut down on wait times.

Inside the federal government, the executive order will bolster suicide research and incentivize departments to share important data. More from the Military Times:

The new task force will be charged with better coordinating existing research on suicide within federal systems. Already, the departments of Defense, Veterans Affairs and Homeland Security have a host of information on traumatic brain injury, post-traumatic stress disorder and mental health issues that could be indicators of suicidal thoughts.

The research work will also include pushing the Centers for Disease Control to provide more up-to-date information on veterans suicide research. Currently, the latest available data on the problem typically trails at least two years behind current efforts. Senior administration officials are hoping to cut that wait down to no more than six months.

According to the Department of Veterans Affairs, where the suicide hotline has gone unanswered in the past, 20 veterans per day take their own lives.

“Suicide remains a top clinical priority,” then Acting VA Secretary Mr. Peter O’Rourke said last fall after the release of a new report on the issue. “One life lost to suicide is one too many. Suicide is a serious public health concern in the Veteran population and across all communities nationwide. These data offer important insights to help VA to build effective networks of support, communication and care that reach Veterans where they live and thrive.”

As a reminder: Veterans who are in crisis or having thoughts of suicide, and those who know a Veteran in crisis, should call the Veterans Crisis Line for confidential support 24 hours a day, seven days a week, 365 days a year at 800-273-8255 and press 1, chat online at VeteransCrisisLine.net/Chat, or send a text message to 838255.