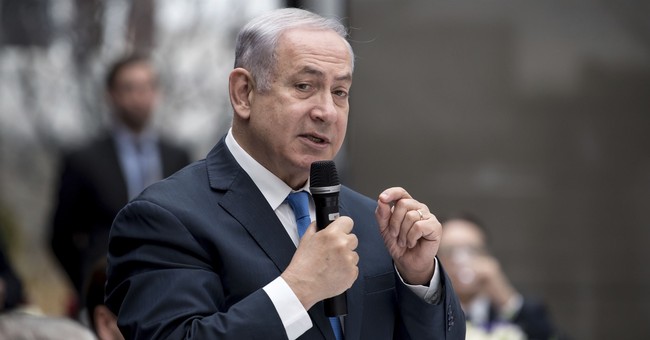 Speaking from Jerusalem Thursday night, Israeli Prime Minister Benjamin Netanyahu blasted a series of charges that will be filed against him by the country’s attorney general for alleged bribery, fraud and breach of trust.

"Our opposition knows they cannot beat us at the ballot box so for the last three years they have started a political campaign to attack us, a witch hunt whose role is one and one only, to cause the right party to fall and for the left party to go up. They've caused bullying and other pressures in order to cause us to fall. Even though there is nothing there they say they're going to start a prosecution of me for one reason only, to affect the votes at the ballot box," Netanyahu said. "This move is outrageous."

Netanyahu is up for reelection in April and must build a coalition in order to be victorious. With charges looming, which he will dispute during a hearing, he has no plans to resign.

"I plan to continue serving you as prime minister for many more years, but it's up to you. Not up to the bureaucrats or the commentators and reporters. It's up to you, citizens of Israel. Don't let the witch hunt confuse you," he said.

Netanyahu also talked about his family and how they've been attacked with "seven circles of hell" through this process.

Netanyahu choked up when he said this. Other commentators are saying it's unprecedented. https://t.co/ST9YyaFSvT

You can watch his full remarks below.