Border Patrol Chief: Agents Are Being Diverted Away From Combatting Drug Cartels to Care for Kids and Families 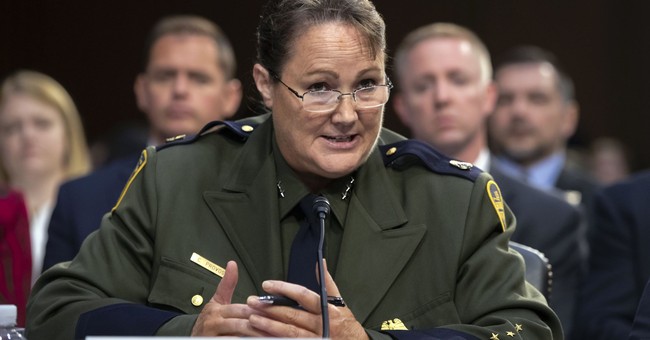 Speaking in front of the House Judiciary Committee Tuesday on Capitol Hill, Border Patrol Chief Carla Provost explained how agents are being diverted from their mission of border security in order to care for thousands of unaccompanied children and families illegally crossing the southern border into the United States.

"Each day nearly 25 percent of my agents are diverted away from our border security mission to transport, care for and process family members and unaccompanied minors," Provost said. "As more migrants arrive with medical needs, agents are transporting and escorting an average of 55 people a day to medical facilities. We are committed to addressing this humanitarian need, but we know when agents are occupied narcotics smugglers, criminal aliens, gang members and others use the opportunity to violate our borders and our laws."

U.S. Border Patrol Chief (@USBPChief) Carla Provost: "There is an ongoing debate about whether this constitutes a border security crisis or a humanitarian crisis. Let me be clear: it is both." pic.twitter.com/wdPxvGiCUI

I reminded the House Judiciary Committee that smugglers take advantage of outdated laws and court rulings that incentivize people to bring young children on the dangerous journey to the United States.

I made clear to the House Judiciary Committee and the American people that the men and women of the Border Patrol do their best to care for vulnerable populations in custody, and that we do not leave our humanity at the door when we report for duty.#HonorFirst

I told the House Judiciary Committee that the crisis on our southwest border is BOTH a border security and humanitarian crisis, and that we know a combination of barriers, technology, and personnel will improve our operational control of the border.

This week President Trump ordered an additional 1,000 U.S. National Guard troops to be stationed at the border. Like the already deployed 5,000 troops, they will back Border Patrol and Immigration and Customs Enforcement in an administrative and logistical capacity.