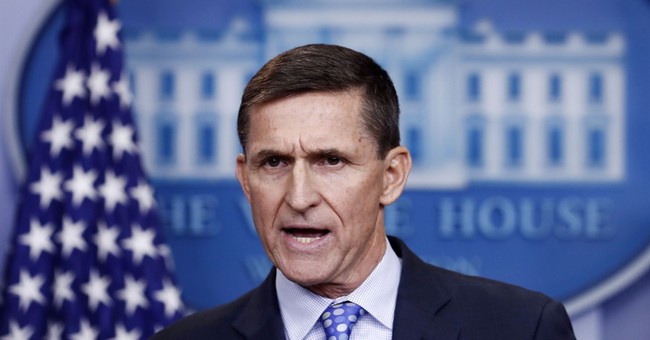 Judge Sullivan: Does Flynn's conduct rise "to the level of treasonous activity?"

Special counsel prosecutor Van Grack: we did not consider charging Flynn with treason.

Sullivan: "Could he have been charged with treason?”

Prosecutor Brandon Van Grack, who initially demurred on the treason question, said that he is confident that Flynn did NOT commit treason and that that is not an issue

The question of treason was brought up by Judge Emmet Sullivan, who repeatedly slammed Flynn during his appearance. After a recess, Sullivan came back into the court room and walked back his comments.

"I felt terrible about that," Sullivan says, after the prosecutor notes Flynn's conduct as a foreign agent ended in mid-Nov 2016.

"I'm not suggesting he committed treason," Sullivan adds, further apologizing for his remarks in the prior session.

Judge Sullivan is back on the bench, says he misspoke in suggesting Flynn was a foreign agent while in the White House. And also says he never meant to suggest that Flynn committed treason. He says not to read too much into the questions he asks

The judge in #FlynnSentencing should be ashamed for so casually using the word treason and then backtracking. It’s a really serious allegation and there is no evidence to legally support that crime.

Flynn's sentencing hearing has been delayed for another 90 days. Judge Sullivan blindsided Flynn's legal team and Mueller's prosecutors at today's hearing with his harsh statements.

“All along, you were an unregistered agent of a foreign country while serving as the national security adviser to the president of the United States. Arguably that undermines everything this flag over here stands for. Arguably you sold your country out,” Judge Emmet Sullivan stated from the bench. "I’m not hiding my disgust, my disdain, for this criminal offense."

Sullivan also corrected himself and acknowledged that Flynn's work for Turkey ended before he was appointed to work in the Trump White House.

Going into the day, prosecutors and Flynn's attorneys agreed he deserves no prison time. During the hearing, Sullivan indicated prison time is still on the table.