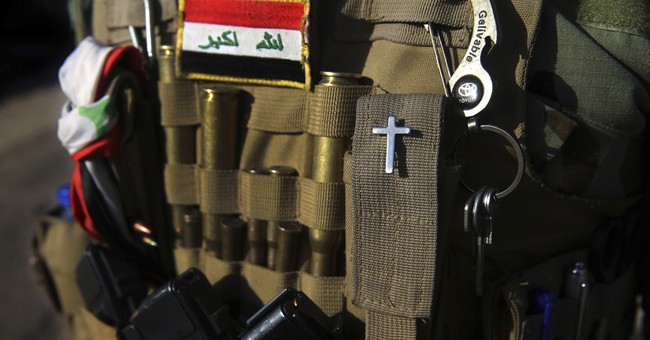 After 2 yrs of hard work by religious freedom advocates, it was a jubilant moment to watch @realDonaldTrump sign HR 390 into law. While a long road is ahead for genocide victims – today's signing reaffirms that they aren't walking it alone. Full statement: https://t.co/TBieT1T7LC pic.twitter.com/6F2u4R6ESL

We are delighted #HR390 Iraq & Syria Genocide Relief & Accountability Act of 2018 was signed into Law by President @realDonaldTrump today. On behalf of the Yazidi Community we express our deepest gratitude for the historical action taken by the President. https://t.co/JWeBTRwZx5 pic.twitter.com/r8PKJuLcAW

Today, @realDonaldTrump signed a bipartisan law championed by the #KofC that will provide relief for genocide victims in Iraq and Syria #ChristiansatRisk: https://t.co/QCP8EoT98G pic.twitter.com/FhOGS6SGg8

In March 2016, Secretary of State John Kerry officially announced ISIS was committing genocide against Christians and other minority groups in the Middle East.

Townhall has been covering this story for many years and asked the White House about it early on in the Trump administration.