This Texas Democrat is "Exploring" a Run Against Trump...Which Means He's Probably Running 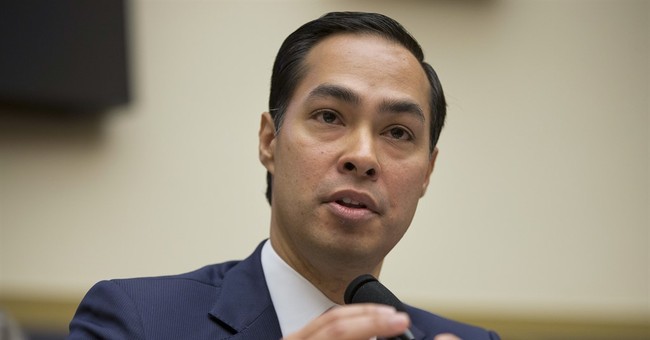 Former San Antonio Mayor and Obama Housing and Urban Development Secretary Julian Castro announced Wednesday he is officially exploring a run for the White House in 2020.

"If we want to see a change, we don’t wait for it, we work toward it. Today, more than ever, we must work together to build an America where everyone—no matter who we are or where we come from—can thrive. Working together, I believe we can build a new promise for ourselves and for our future. I’m exploring a candidacy for President in 2020," Castro's exploratory committee site, available in English and Spanish, states.

As a kid growing up on the west side of San Antonio, I never thought that I’d one day be making this announcement: https://t.co/2NAIFEsCFh I’m exploring a candidacy for President of the United States in 2020 to renew the promise of this country for all. https://t.co/9jOBdjHcLO

The poll, obtained by NBC News, shows a plurality of respondents — 29 percent — either said they did not yet know whom they would support or wanted someone else not listed among the group's more than 30 potential candidate choices.

The most popular potential candidate was O’Rourke, D-Texas, who was selected by 15.6 percent of respondents, followed by Biden at 14.9 percent, and then Sen. Bernie Sanders, I-Vt., with 13.1 percent.