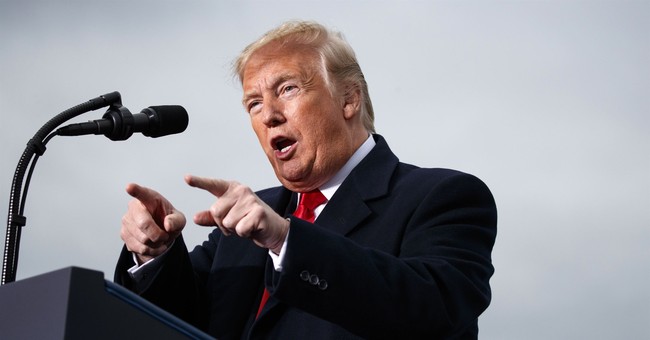 President Trump is biting back at Supreme Court Chief Justice John Roberts over the political bias of judges across the country.

Sorry Chief Justice John Roberts, but you do indeed have “Obama judges,” and they have a much different point of view than the people who are charged with the safety of our country. It would be great if the 9th Circuit was indeed an “independent judiciary,” but if it is why......

.....are so many opposing view (on Border and Safety) cases filed there, and why are a vast number of those cases overturned. Please study the numbers, they are shocking. We need protection and security - these rulings are making our country unsafe! Very dangerous and unwise!

Earlier in the day Roberts issued a rare and direct rebuke of President Trump's view that activist judges are blocking important policy to stop illegal immigration.

"At this very moment, massive numbers of aliens are arriving at our southern border, threatening to incapacitate our already overwhelmed immigration system. Yet now, a single district judge has issued a nationwide temporary restraining order preventing the executive branch from performing its Constitutional duty to enforce our borders and control entry into the United States. This decision will open the floodgates, inviting countless illegal aliens to pour into our country on the American taxpayer’s dime," Press Secretary Sarah Sanders released in a statement. "We will take all necessary action to defend the executive branch’s lawful response to the crisis at our southern border."