BREAKING: The Arizona Senate Race Between McSally and Sinema is Over 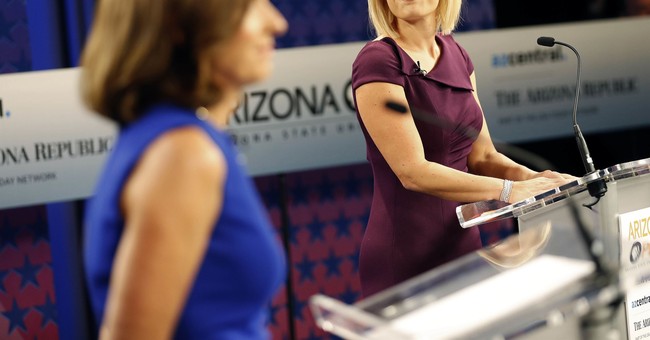 McSally's concession came after Sinema continued to pull ahead in the vote count Monday afternoon. Sinema is the first woman elected to the Senate from the Grand Canyon State and has succesfully flipped Flake's Republican seat from the red to blue.

As long as I’ve served Arizona, I’ve worked to help others see our common humanity & find common ground. That’s the same approach I’ll take to representing our great state in the Senate, where I’ll be an independent voice for all Arizonans.

Thank you, Arizona. Let’s get to work. pic.twitter.com/iX6u6VQ9bQ

We’ll be going live from Phoenix shortly. Tune in here at 6:30 MST to watch ?? https://t.co/fPgGrWMklg

New ballot counts were posted just an hour before McSally's concession showing Sinema taking a commanding lead. Projections showed McSally wouldn't be able to make up the difference once all ballots are tallied. The final total will be known by Wednesday night.

McSally is the first female U.S. Air Force pilot to fly in combat. In 2003, Sinema said she didn't care if Americans travel to Afghanistan to join the Taliban.