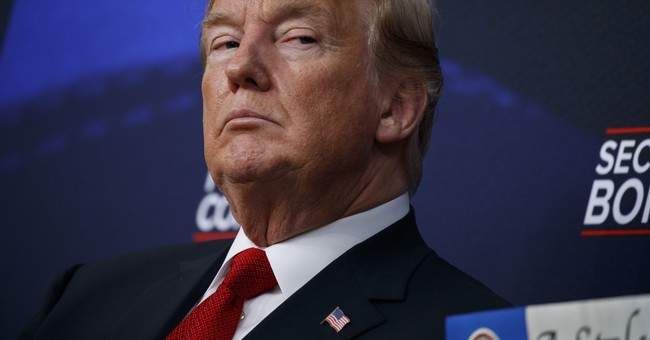 President Trump made major news on Tuesday after saying in an interview with Axios he can end birthright citizenship, interpreted through the 14th Amendment, with an executive order.

House Speaker Paul Ryan and Senate Judiciary Committee Chairman Chuck Grassley pushed back, saying the change should be made through Congress, not by executive fiat.

"You cannot end birthright citizenship with an executive order," Ryan told a Kentucky radio station. "As a conservative, I’m a believer in following the plain text of the Constitution, and I think in this case the 14th Amendment is pretty clear, and that would involve a very, very lengthy constitutional process. But where we obviously totally agree with the president is getting at the root issue here, which is unchecked illegal immigration.”

But President Trump is continuing his pressure campaign on the issue just days before the 2018 midterm elections.

So-called Birthright Citizenship, which costs our Country billions of dollars and is very unfair to our citizens, will be ended one way or the other. It is not covered by the 14th Amendment because of the words “subject to the jurisdiction thereof.” Many legal scholars agree.....

....Harry Reid was right in 1993, before he and the Democrats went insane and started with the Open Borders (which brings massive Crime) “stuff.” Don’t forget the nasty term Anchor Babies. I will keep our Country safe. This case will be settled by the United States Supreme Court!

The World is using our laws to our detriment. They laugh at the Stupidity they see!

As a reminder, President Trump campaigned on this issue before winning the White House in 2016. A number of legal scholars, and former Majority Leader Harry Reid, do not believe the 14th amendment covers children born in the United States to illegal immigrants.