ICYMI: The NRA Downgraded Jon Tester's Rating Ahead of the Montana Senate Election 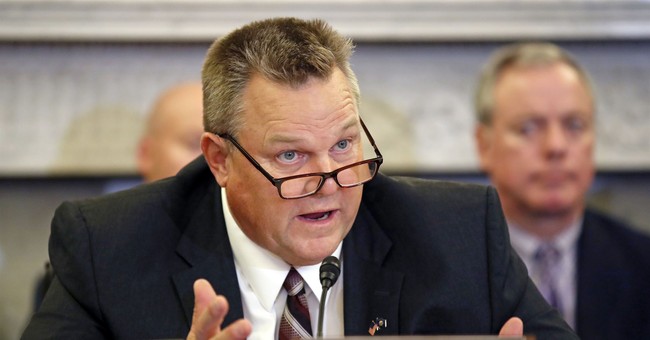 Election Day 2018 is less than two weeks away and candidates are making their final pushes on the campaign trail.

For Democrat Jon Tester, his fight to hold onto his Montana Senate seat has proven more challenging than expected. Two weeks ago, the National Rifle Association downgraded Tester's pro-Second Amendment rating after he voted against Judge Brett Kavanaugh's nomination to the Supreme Court.

“D.C. Jon Tester once again joined forces with Chuck Schumer and anti-gun liberals to vote against our fundamental right to self-defense," NRA-PVF Chairman Chris Cox released in a statement. “Actions speak louder than words. Downgrading Jon Tester to a 'D' sends a clear message to Montanans that Jon Tester can’t be trusted to protect our constitutional rights.”

"Contrary to what Jon Tester says in Montana, he has supported the gun control agenda of Nancy Pelosi and Chuck Schumer by voting in favor of gun control in Washington, DC,” Cox continued.

The NRA also pointed out Tester's record of voting to confirm Justices Kagan and Sotomayor, with opposition for Justices Neil Gorsuch and Kavanaugh.

Meanwhile, Donald Trump Jr. has been in the state for months campaigning aganist Tester and last night, President Donald Trump flew in for a visit.

Jon Tester says one thing to voters and does the EXACT OPPOSITE in Washington. Tester takes his orders form Pelosi & Schumer. Tester wants to raise your taxes, take away your 2A, open your borders, and deliver MOB RULE. Retire Tester & Elect America-First Patriot Matt Rosendale!

The only thing keeping Tester alive is he has millions and millions of dollars from outside liberals and leftists, who couldn’t care less about our Country!

Tester is currently ahead of his opponent Matt Rosendale by three points according to the Real Clear Politics average: