President Trump: I’m Not Meeting With Iran Until They Change Their Behavior 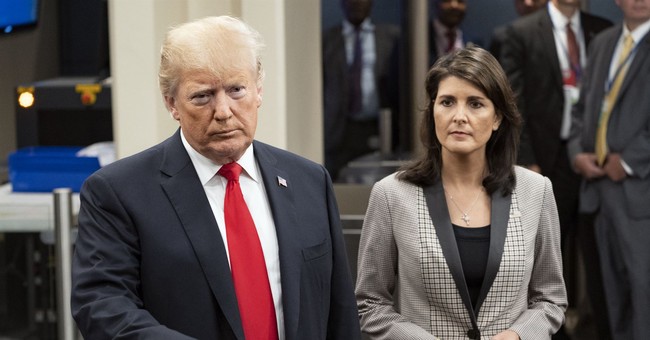 .@POTUS: “Iran has acted very badly… Iran has to change its tune before I meet with them.” #UNGA pic.twitter.com/eq6Gc8fTh4

Despite requests, I have no plans to meet Iranian President Hassan Rouhani. Maybe someday in the future. I am sure he is an absolutely lovely man!

Will be speaking at the United Nations this morning. Our country is much stronger and much richer than it was when I took office less than two years ago. We are also MUCH safer!

On Monday, Secretary of State Mike Pompeo previewed President Trump's remarks and said he would target Iran for their ongoing and disruptive behavior.

"Americans expect the United States to show bold leadership on the world stage that reflects our values and under President Trump, we are certainly leading from the front," Pompeo said during a press conference. "You can bet the President will have well deserved, strong words for the Iranian regime, which is one of the worst violators of UN Security Council resolutions, if not the absolute worst in the world. He'll call on every country to join our pressure campaign in order to thwart Iran's global torrent of destructive activity."

On Wednesday President Trump will chair a UN Security Council meeting, where the nuclear programs of Iran and North Korea will be the focus.