Pompeo: President Trump is Getting Ready to Go After Iran at the UN 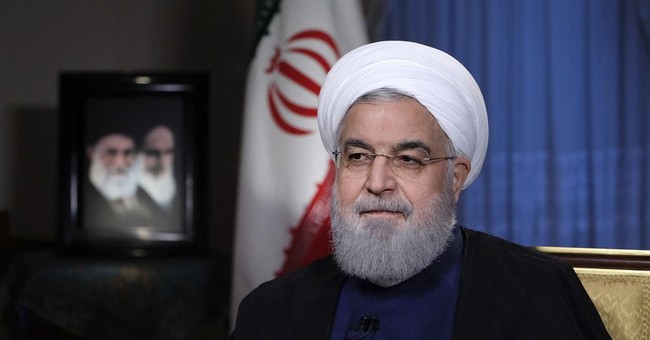 .@POTUS: “It’s vital for public health and national security that we fight drug addiction and stop all forms of trafficking and smuggling that provide the financial lifeblood for vicious transnational cartels.” #UNGA pic.twitter.com/fxtsSTRJIZ

President Trump has a packed agenda for the week, which includes a number of meetings with global leaders. He will address the ongoing peace process with North Korea during a meeting with South Korean President Moon Jae-in this afternoon and will chair a meeting of the UN Security Council on Wednesday.

According to Secretary of State Mike Pompeo, President Trump plans to hold Iran accountable for its ongoing destabilization of the Middle East and sponsorship of terrorism around the world. He'll do so during a speech to the UN General Assembly Tuesday and as he chairs the Security Council.

"Americans expect the United States to show bold leadership on the world stage that reflects our values and under President Trump, we are certainly leading from the front," Pompeo said during a press conference Monday morning. "You can bet the President will have well deserved, strong words for the Iranian regime, which is one of the worst violators of UN Security Council resolutions, if not the absolute worst in the world. He'll call on every country to join our pressure campaign in order to thwart Iran's global torrent of destructive activity."

Last week U.S. Ambassador the UN Nikki Haley previewed the Trump administration's priorities and goals going into this week, with the issue of sovereignty as the guiding principle. She briefed reporters again Monday morning.