President Trump: Brett Kavanaugh is a Good Man Under Assault by the Radical Left 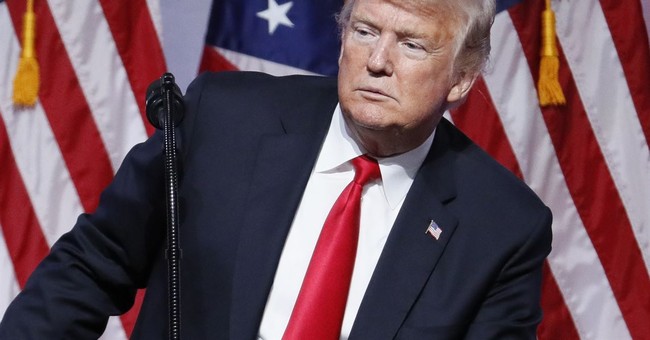 President Trump is publicly speaking out in defense of Judge Brett Kavanaugh as Democrats ramp up their attacks on the Supreme Court nominee.

Thursday night during an interview with Fox News anchor Sean Hannity, Trump said he still wants to hear Ford's story, but that she can no longer delay the confirmation process.

.@POTUS on allegations against Kavanaugh: "Let her have her say, and let's see how it all works out, but I don't think you can delay it any longer. They've delayed it a week already." #Hannity https://t.co/icC8qkVbLS pic.twitter.com/5YpA0N1QMi

Judge Kavanaugh has agreed to testify under oath at a Senate Judiciary Committee hearing Monday. His accuser, Christine Blasey Ford, is refusing to testify Monday and says in order for her to ever do so, there are a number of conditions that must be met. Those conditions include having Kavanaugh, the accused, go first.  She is also demanding he cannot be in the room during her testimony. Both are the opposite of long established and standard legal procedure.

MORE: Ford attorneys did NOT draw hardly any red lines in the list of requests. Those were mostly asks and appear to be negotiable, sources say. The only red lines: Ensuring her safety and making sure she’s NOT in the same room as Kavanaugh. Both sides say it was productive call