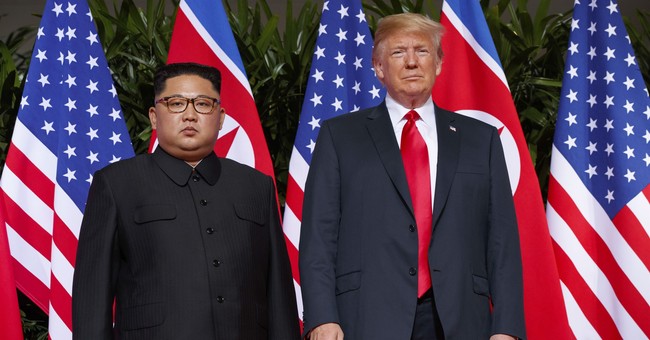 President Trump announced Wednesday afternoon the joint military exercises between the United States and South Korea will continue to be suspended as denclearization talks with North Korea continue. It was announced earlier in the week by Secretary of Defense James Mattis that the exercises would resume.

Taking to Twitter, President Trump pointed directly at China as the source for stalled progress after the summit in Singapore.

STATEMENT FROM THE WHITE HOUSE

President Donald J. Trump feels strongly that North Korea is under tremendous pressure from China because of our major trade disputes with the Chinese Government. At the same time, we also know that China is providing North Korea with...

...considerable aid, including money, fuel, fertilizer and various other commodities. This is not helpful! Nonetheless, the President believes that his relationship with Kim Jong Un is a very good and warm one, and there is no reason at this time to be spending large amounts...

...of money on joint U.S.-South Korea war games. Besides, the President can instantly start the joint exercises again with South Korea, and Japan, if he so chooses. If he does, they will be far bigger than ever before. As for the U.S.–China trade disputes, and other...

...differences, they will be resolved in time by President Trump and China’s great President Xi Jinping. Their relationship and bond remain very strong.