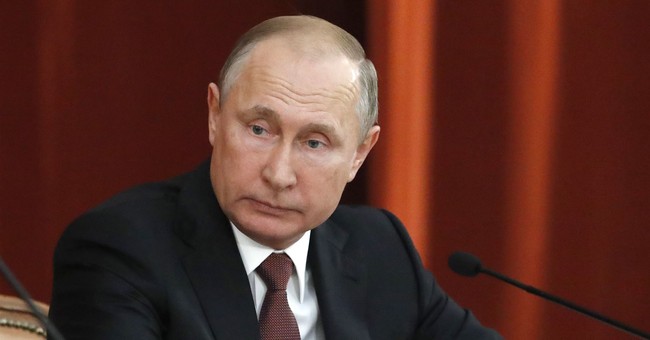 “It is a proposal that was made in sincerity by President Putin, but President Trump disagrees with it. Hopefully President Putin will have the 12 identified Russians come to the United States to prove their innocence or guilt,” White House Press Secretary Sarah Sanders said Thursday afternoon.

The proposal came during President Trump's summit with Putin in Helsinki.

Vladimir Putin offers to question 12 indicted for alleged US election meddling, says Mueller investigators can be present if America will ‘reciprocate’ https://t.co/K8jvaWGLHd pic.twitter.com/57BLxQhtQs

During the daily briefing Wednesday, Sanders said the idea hadn't been ruled out.

"He said it was an interesting idea.  He didn't commit to anything.  He wants to work with his team and determine if there's any validity that would be helpful to the process.  But again, we've committed to nothing.  And it was an idea that they threw out," Sanders said.

One of the Americans Putin wants is former U.S. Ambassador to Russia Michael McFaul. The consideration of the idea sparked severe backlash.

1/2 I disagree with @McFaul most of the time. I played a key role in holding up his ambo confirmation because of what @BarackObama (and he as senior director) was willing to give away to Putin (i.e. the keys to our classified missile defense kingdom). https://t.co/LiQY68mT9e

2/2 But @McFaul never wavered on human rights and democracy issues. Putin despises him for it. And this is such an obvious/classic Russian disinformation campaign. It should be loudly condemned and rejected out of hand by every US government official.