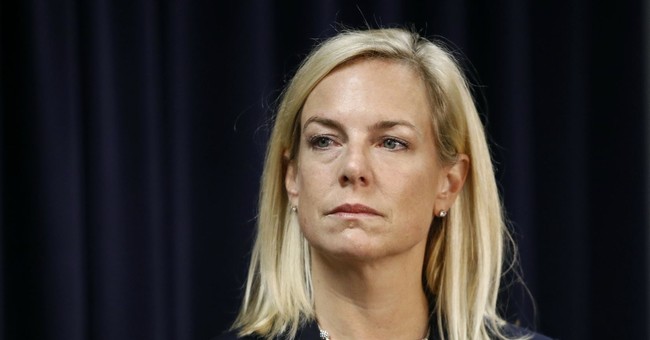 Earlier this year Attorney General Jeff Sessions announced a zero tolerance policy toward illegal aliens entering the United States. His message was clear: break the law and you will be prosecuted.

"I warn you: illegally entering this country will not be rewarded, but will instead be met with the full prosecutorial powers of the Department of Justice. To the Department’s prosecutors, I urge you: promoting and enforcing the rule of law is vital to protecting a nation, its borders, and its citizens," Sessions said during a speech at the southern border in San Diego.

The wave of illegal immigration across the southern border from Honduras, Guatemala and El Salvador hasn't ceased with this warning and has increased exponentially since last year. As a result, the Department of Homeland Security and Health and Human Services have deployed long held policies that require children be temporarily separated from parents to 1) ensure the children are not being trafficked 2) to prove the adults and the children are in fact a family unit 3) to process adults and detain them for breaking the law by crossing into the U.S. illegally or to verify asylum claims/process asylum applications. The separation typically takes place for 24-hours.

The narrative from the left and their close friends in the media over the past week has been: The Trump administration is ripping children from the arms of mothers at the border!

During a speech Monday to the National Sheriff's Association, DHS Secretary Kirstjen Nielsen disputed this claim and said there will be no apologies for simply enforcing laws passed by Congress.

"To a select few in the media, Congress and the advocacy community, I'd like to start with a message for you," Nielsen said. "This Department will not longer stand by and watch you attack law enforcement for enforcing the laws passed by Congress. We will not apologize for the job we do."

"Illegal actions have and must have consequences. No more free passes, no more get out of jail free cards," she continued.

Nielsen's remarks were met with cheers from the audience.