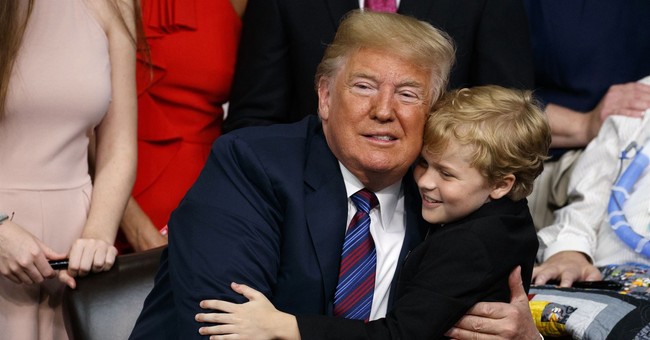 President Trump officially singed the Right to Try Act of 2017 Wednesday afternoon at the White House, sparking hope and relief for people with terminal illnesses.

"Each year, thousands of terminally ill patients suffer while waiting for new and experimental drugs to receive final FDA approval.  It takes a long time, and the time is coming down.  While we were streamlining and doing a lot of streamlining, the current FDA approval process can take, as Scott just said, many years -- many, many years.  And for countless patients, time, it's not what they have.  They don't have an abundance of time," Trump said. "With the Right to Try law I'm signing today, patients with life-threatening illnesses will finally have access to experimental treatments that could improve or even cure their conditions.  These are experimental treatments and products that have shown great promise, and we weren't able to use them before.  Now we can use them.  And oftentimes they're going to be very successful.  It's an incredible thing."

"The Right to Try also offers new hope for those who either don't qualify for clinical trials or who have exhausted all available treatment options.  There were no options, but now you have hope.  You really have hope," he continued.

According to the White House, "the bill amends Federal law to allow certain unapproved, experimental drugs to be administered to terminally ill patients who have exhausted all approved treatment options and are unable to participate in clinical drug trials" and "'Right to Try' gives the over 1 million Americans who die from a terminal illness every year a new tool to fight and make potentially lifesaving decisions about their treatment."

The legislation requires "right to try" drugs to pass phase one of FDA testing before being used.

Earlier this month President Trump vowed to lower the price of prescription drugs as part of his administration's broader approach to healthcare policy. During his remarks at the White House, Trump said "right to try" legislation will help accomplish that goal.

“I think people are going to see for the first time ever in this country a major drop in the cost of prescription drugs,” Trump said.