But Russia! Hundreds of Congressmen Just Failed to Show Up For an Election Security Meeting 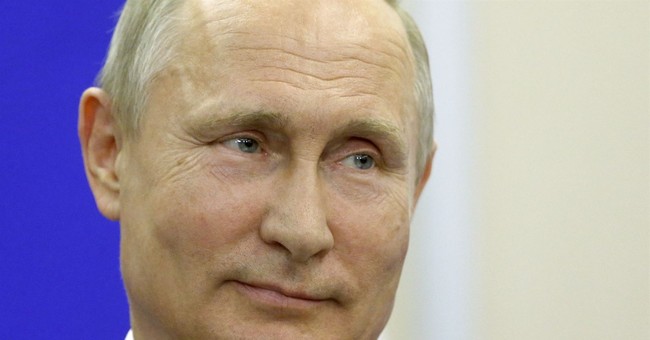 If you've been paying attention to the news cycle since the 2016 presidential election, lawmakers on Capitol Hill have been screaming about the need for election security. After all, Russia flooded the internet with election propaganda but did not physically change any votes. Because the midterms are just a few months away, politicians have claimed this is an urgent matter.

Today, lawmakers were expected to show up for a briefing on election security with the Department of Homeland Security. Hundreds of them bailed.

20 minutes in, easily fewer than 100 lawmakers on hand.

Fair question for the ~300-350 lawmakers who blew off this AM’s election security briefing with DHS and FBI: What were you doing instead?

DHS Secretary Kirstjen Nielsen did her job and showed up on behalf of the Trump administration.

This morning, @SecNielsen participated in an election security briefing on Capitol Hill. Securing our elections is a pivotal aspect for our national security and our nation's democracy.

Nielson, along with FBI Director Christopher Wray and Director of National Intelligence Dan Coats released the following statement about the briefing:

“Securing our nation’s election infrastructure is a vital national interest that requires the commitment of our federal, state, and local partners. This is an issue that the Administration takes seriously and is addressing with urgency. That is why today we sought to enlist Congress’ help in working with state and local election officials back home to raise awareness of the potential threats and urge them to continue to use available resources, either from DHS, the FBI or a private, third party.

“Following the threats to our democratic process in 2016, DHS, ODNI, and the FBI each prioritized our defined roles in working with state and local election officials to assist them in their threat understanding and risk management practices. In the face of a rapidly evolving threat environment, our collaborative efforts with those on the front lines of administering our elections at the state and local levels are critical to enhancing the security of our nation’s elections. Congress is one of our most critical partners in ensuring the success of this ongoing effort. Today’s briefing provided an opportunity to highlight our individual and collective efforts to protect this critical infrastructure.

“There is a fundamental link between public trust in our election infrastructure and the confidence the American people place in basic democratic functions. With primaries already underway across the United States, and the general election less than six months away, it is critical—now more than ever—to safeguard and secure our election infrastructure. We are encouraged to see the level of engagement today and hope to continue this ongoing conversation about reducing risks and defending our electoral process.”