BREAKING: American Hostages Held in North Korea are Officially on Their Way Home 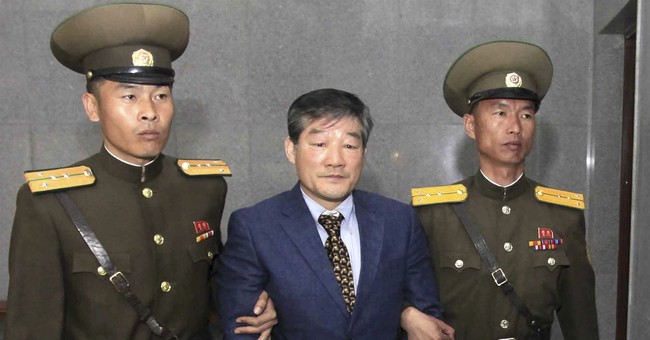 Three American hostages held by the North Korean regime have been released by Dictator Kim Jong Un and are on their way home.

"At the direction of President Donald J. Trump, Secretary of State Mike Pompeo and other representatives of the United States government traveled to Pyongyang, North Korea on May 9 to prepare for the President’s upcoming meeting with North Korean leader Kim Jong Un. During Secretary Pompeo’s visit, the North Korean leadership released three American detainees," White House Press Secretary Sarah Sanders released in a statement. "President Trump appreciates leader Kim Jong Un’s action to release these American citizens, and views this as a positive gesture of goodwill.  The three Americans appear to be in good condition and were all able to walk on the plane without assistance. All Americans look forward to welcoming them home and to seeing them reunited with their loved ones."

The president hinted last week their release was imminent and newly minted White House attorney Rudy Guiliani said the same during an interview with Fox and Friends.

On Tuesday and shortly after making the announcement the U.S. is leaving the Iran nuclear agreement, President Trump revealed Secretary of State Mike Pompeo was on his way to North Korea.