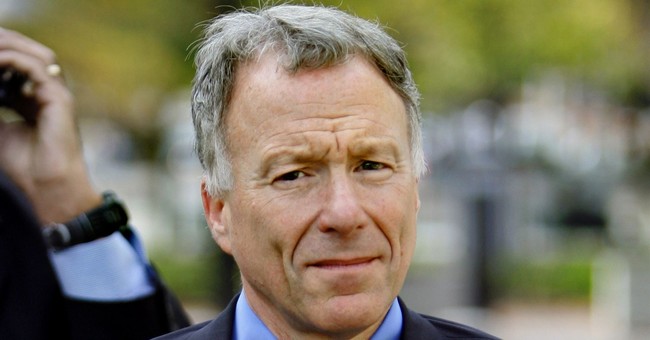 President Trump has pardoned Scooter Libby, Vice President Dick Cheney's former Chief of Staff. Libby was convicted in 2007 for lying to the FBI and obstruction of justice in the Valerie Plame scandal.

“I don’t know Mr. Libby,” President Trump said Friday. “But for years I have heard that he has been treated unfairly.  Hopefully, this full pardon will help rectify a very sad portion of his life.”

"In 2015, one of the key witnesses against Mr. Libby recanted her testimony, stating publicly that she believes the prosecutor withheld relevant information from her during interviews that would have altered significantly what she said.  The next year, the District of Columbia Court of Appeals unanimously reinstated Mr. Libby to the bar, reauthorizing him to practice law.  The Court agreed with the District of Columbia Disciplinary Counsel, who stated that Mr. Libby had presented 'credible evidence' in support of his innocence, including evidence that a key prosecution witness had 'changed her recollection of the events in question,'" she continued.

Congresswoman Liz Cheney, daughter of Dick Cheney, is praising the move and thanking the President.

Scooter Libby is a good, honorable and innocent man who was the victim of prosecutorial misconduct and a miscarriage of justice. Thank you @realDonaldTrump for righting a terrible wrong and delivering the full pardon Scooter deserved. https://t.co/8hUBERD31m

During an interview with Fox News before the pardon, former Deputy Chief of Staff for President George W. Bush explained why Libby deserved a pardon.

"Before his conviction, Mr. Libby had rendered more than a decade of honorable service to the Nation as a public servant at the Department of State, the Department of Defense, and the White House. His record since his conviction is similarly unblemished, and he continues to be held in high regard by his colleagues and peers," Sanders said. "In light of these facts, the President believes Mr. Libby is fully worthy of this pardon.