Senate Intelligence Committee: After Thorough Investigation, Here's What We Need to Do to Stop the Russians From Influencing Our Elections 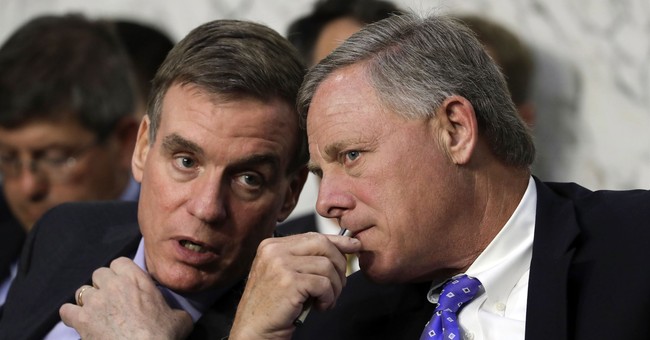 After a year of investigation, the review of hundreds-of-thousands of documents, multiple hearings on Capitol Hill and interviews with key witnesses behind closed doors, the Senate Intelligence Committee released a series of recommendations Tuesday about how to bolster election security in the United States.

"We're now at a point where we have wrapped up one piece of our investigation which deals with election security," Chairman Richard Burr said during a press conference on Capitol Hill. "Let me say this with a great deal of confidence. It is clear the Russian government was looking for the vulnerabilities of our election system and highlighted some of the key gaps. There is no evidence any vote was changed." "

"Russia attempted to penetrate 21 states. We know they were successful in penetrating at least one voter database. The Department of Homeland Security and FBI alerted states to the threat. The warnings did not provide enough information or go to the right person in every case," Burr continued. ”We need to be more effective at deterring our adversaries. The federal government should partner with the states to truly secure their systems."

The Committee also released a one-page document outlining additional steps the federal government can take to ensure the security of elections across the country.

The Committee has not released findings on Russian collusion between the Trump campaign and the Russian government. Republicans on the House Intelligence Committee released a report last week declaring zero collusion was found.