Mulvaney: Democrats Want a Shutdown, But We Won't Be Weaponizing One Like the Obama Administration Did 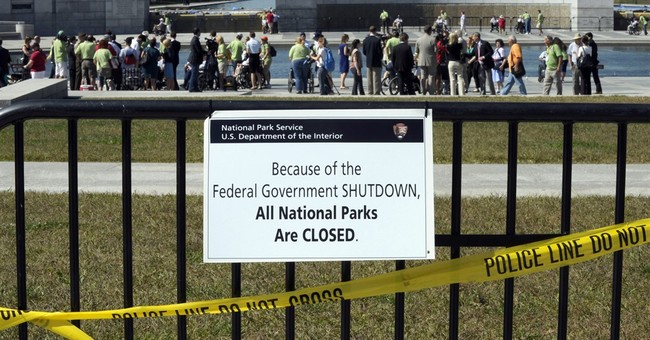 Speaking from the White House briefing room Friday morning, Budget Director Mitch Mulvaney reassured Americans that if a government shutdown goes into place Friday night, the Trump administration will not be using it to inflict pain for political purposes.

"We want to make folks understand it would look very different than it did under the previous administration," Mulvaney said. "There's no other way to describe it, the Obama administration weaponized the shutdown of 2013."

The Office of Budget and Management, which Mulvaney runs, is in charge of managing government shutdowns when they occur.

"OMB is preparing for what we're calling the Schumer Shutdown. It still surprises me, and I've been through some of these before, that Democrats are opposing a bill they don't oppose. They are for clean CRs, they are for the extension of the CHIP program. They don't oppose anything in the bill, but they are opposing the bill," Mulvaney said. "We do not want a shutdown, but if Mr. Schumer wants this, he is in a position to inflict this on the American people."

In 2013 President Obama ordered National Park Service police to barricade all of the monuments on the National Mall, keeping World War II veterans who traveled from across the country from visiting their memorial. He also ordered all scenic viewpoints across the country to be closed off and barred federal agencies from using reserve "carry-forward funds" to continue operations.

The move prompted mass protests in Washington D.C. Veterans broke down barricades and carried them to the White House.

During remarks, Mulvaney assured National Parks will remain open through a shutdown, in addition to the Post Office, Fannie and Freddie, TSA and other essential services. The military, federal firefighters and Border Patrol will still function. He did note, however, paychecks will come to a halt and that it is unfair to workers to labor for free.

In the meantime, President Trump has delayed a scheduled trip to Mar-a-Lago and is working the phones to try and make a deal as Democrats continue their obstruction.