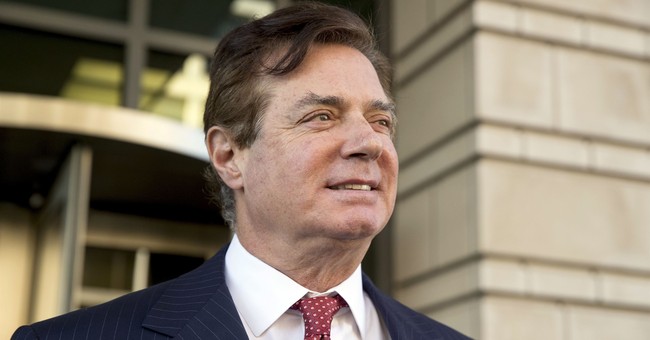 "Early in the process, Mr. Mueller’s investigation diverged from its focus on alleged collusion between the Russian government and President Trump’s campaign toward Mr. Manafort, who served as President Trump’s campaign manager for a few months in 2016," the lawsuit, filed in Washington D.C. civil court, states. "The investigation of Mr. Manafort is completely unmoored from the Special Counsel’s original jurisdiction to investigate 'any links and/or coordination between the Russian government and individuals associated with the campaign of President Donald Trump.' It has instead focused on unrelated, decade-old business dealings—specifically, Ukraine political campaign consulting activities of Mr. Manafort."

Manfort was indicted by the Special Counsel in October on a number of criminal counts of money laundering, lying to the FBI, failing to register as a foreign agent, tax fraud and more. The lawsuit argues the issues related to the indictment are irrelevant to Mueller's investigation and therefore charges should be rescinded.

"Those alleged dealings had no connection whatsoever to the 2016 presidential election or even to Donald Trump. Nor were they uncovered in the course of the Special Counsel’s probe into President Trump’s campaign. On the contrary, those allegations had been widely known since at least 2007, when prominent news outlets reported that, in 2005, Mr. Manafort had begun working for Viktor Yanukovych, a Ukrainian politician, to reinvent his public image," the complaint continues. "Pursuing conduct with no relationship to the 2016 election, or collusion with Russians, in July 2017, Mr. Mueller applied for, obtained, and caused to be executed a search warrant of Mr. Manafort’s home in Alexandria, Virginia. The Special Counsel justified that search by asserting that the Appointment Order grants him jurisdiction and authority to obtain materials that purportedly evidence potential criminal tax and white-collar crimes committed on or after January 1, 2006. In August 2017, Mr. Mueller issued more than one hundred subpoenas related to Mr. Manafort, requesting records dating back to January 1, 2005."

"Prosecutors in Mr. Mueller’s office have admitted that the Special Counsel’s investigation of Mr. Manafort concerns conduct that has nothing to do with the charges in the Appointment Order’s original jurisdiction clause," it states.

The entire lawsuit is 18-pages long.

Manafort, long with his business partner Rick Gates, pleaded not guilty to all of the charges handed down by Mueller.