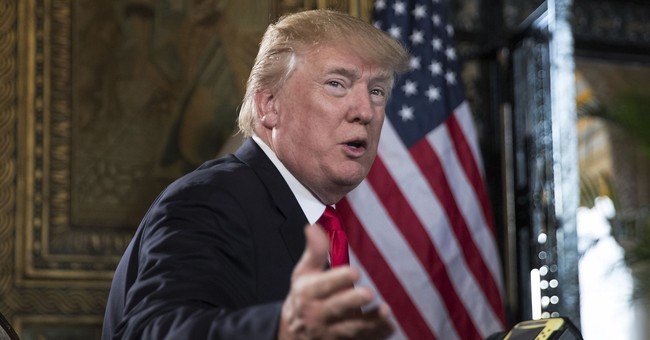 As lawmakers prepare to come back to work in Washington D.C. after the New Year, President Trump is laying the groundwork for a negotiation with Democrats on illegal immigration.

The Democrats have been told, and fully understand, that there can be no DACA without the desperately needed WALL at the Southern Border and an END to the horrible Chain Migration & ridiculous Lottery System of Immigration etc. We must protect our Country at all cost!

Funding for the wall is expected in the budget, which needs to pass by January 19. President Trump will likely visit a series of wall prototypes being built in San Diego as plans move forward.

In September Trump announced DACA must be handled through a legislative process, not by pen in the Oval Office. He also said at the time that the details of a deal in Congress were being worked on and again said DACA should come in exchange for the wall.

"The wall will come later, we're right now renovating large sections of wall, massive sections, making it brand new...We want to get massive border security. And I think that both Nancy Pelosi and Chuck Schumer, I think they agree with it," he continued. "I think we're fairly close but we have to get past the border security."

Current protections for DACA recipients end in March unless Congress comes up with a fix.