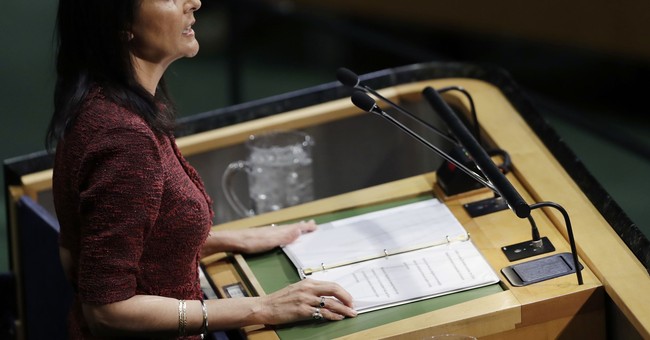 The United Nations has voted to condemn the United States for officially recognizing Jerusalem as the capital of Israel, with plans to move the U.S. embassy from Tel Aviv to the city.

The vote is in-- 65 countries refused to condemn the United States and 128 voted against us. Final vote tally to follow.

#UNGA adopts resolution on status of Jerusalem. Votes: 128 in favour; 9 against; 35 abstentions. pic.twitter.com/x21drrmQXb

Before the final tally, Ambassador Nikki Haley warned the U.S. would be taking names and remembering which countries voted against the move. She also reminded the international body that the move reflects U.S. law passed in 1995, which President Trump is simply choosing to enforce.