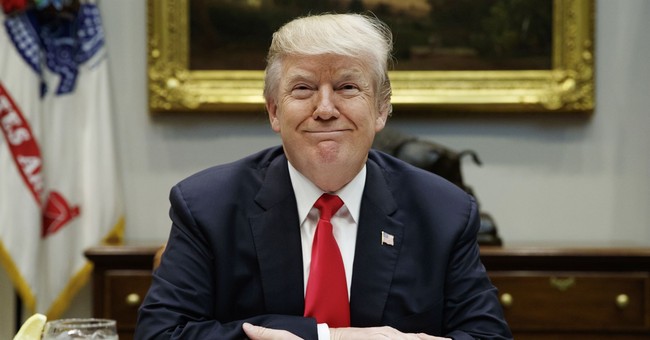 "As a candidate, I promised we would pass a massive tax cut for the everyday, working American families who are the backbone and the heartbeat of our country. Now we're just days away from keeping that promise and delivering a truly amazing victory for American families," Trump said. “Our current tax code is burdensome, complex, and profoundly unfair. It has exported our jobs, closed our factories, and left millions of parents worried that their children might be the first generation to have less opportunity than the last. Our factories have left. So many of them, gone. But they're all coming back.”

The House and Senate reportedly came up with a reconciliation between their two tax bills late Wednesday morning.

“We want to give you, the American people, a giant tax cut for Christmas," Trump said. “Millions of middle-class families will win under our plan. And today we are honored to hear from a few of those wonderful and truly great families.”

President Trump hosted more than a dozen House and Senate members at the White House for lunch to discuss final details, which have not been released.

.@RepKevinBrady: This is a historic day for the American people. They get to watch for the first time in 31 years a Conference Committee on tax reform open to the public that everyone can watch… pic.twitter.com/NJvlEnXlRB