Democrats Line Up to Pile on Bill Clinton 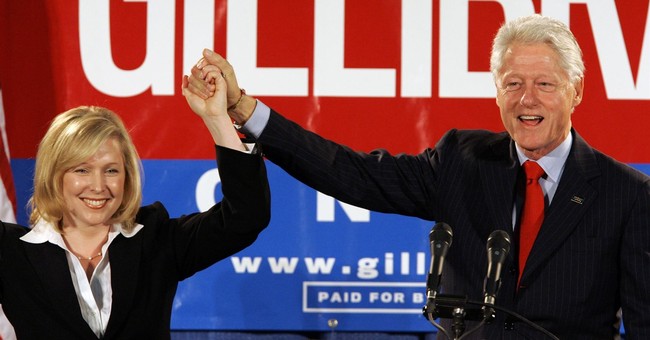 Now that the flood gates of sexual harassment hell are open, a few Democrats have somehow found their moral compass when it comes to President Bill Clinton.

New York Senator Kirsten Gillibrand sent shock waves through the left side of the political spectrum late last week when she dared to say Clinton should have resigned after the Monica Lewinsky scandal 20 years ago.

Asked directly if she believed Mr. Clinton should have stepped down at the time, Ms. Gillibrand took a long pause and said, “Yes, I think that is the appropriate response.”

But it didn't stop there. NYC Mayor Bill DeBlasio is defending his New York colleague and agreeing with her.

"I don’t think you can rework history. I think if it happened today —  if any president did that today — they would have to resign,” de Blasio told reporters during an unrelated press conference in Queens.

The days of the left's refusal to address Bill Clinton's sexual misdeeds appear to be coming to an end. For what it's worth, the right has been pointing out the "pro-women" hypocrisy from the progressive movement (particularly from feminists) for two decades and told Clinton's serial harassment was irrelevent, old and untouchable territory.