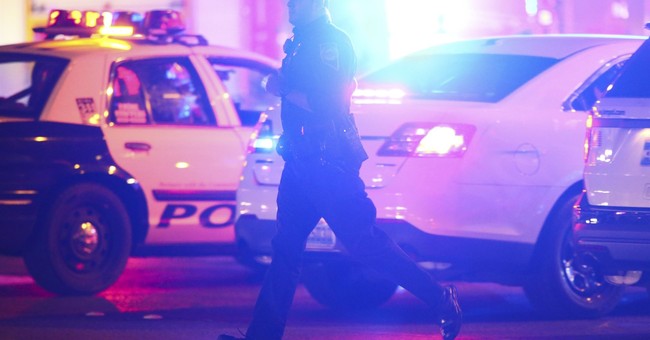 The intense video shows the initial shots ringing out from above, with police yelling at concert goers to get down and take cover. One officer shielded a woman, telling her he was wearing a bullet proof vest.

The girlfriend of the assailant, who killed himself upon arrival of police to his Mandalay Bay Hotel room, arrived back in the United States Tuesday night. She is a person of interest to authorities, but her family argues she had nothing to do with the shooting and was sent away so she couldn't interfere with plans.