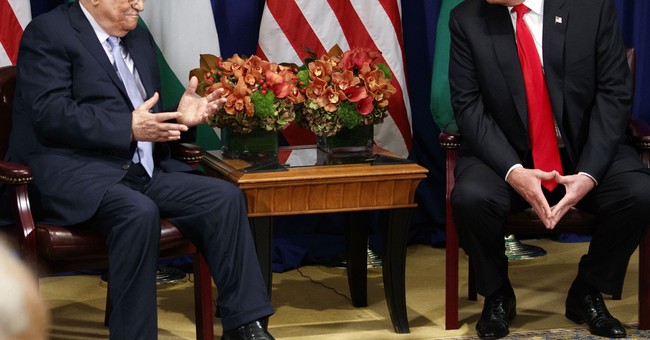 "We are fighting very hard, we are trying very hard...if we can do it, it would be a great great legacy for everybody," he continued.

"It's great to have Prime Minister Netanyahu with us today, a friend of mine for many years. It's a real honor, I have to say. We're going to be discussing many things, among them a peace agreement between Palestinians and Israels, a fantastic achievement. We are giving it an absolute go," Trump said. "I think there's a good chance it could happen. Most people would say there is no chance it could happen. Israel would like to see it. Palestinians would like to see it. I can tell the Trump administration would like to see it. We're working very hard. We'll see what happens. Historically people say it can't happen. I'd say it can happen."

White House advisors Jared Kushner and Jason Greenblatt have visited Israel a number of times this year to jump start negotiations. According to a number of sources on the ground, Iran is the main priority for the Israeli government, not a deal with an authority that pays terrorists and refuses to accept the Jewish state's existence.