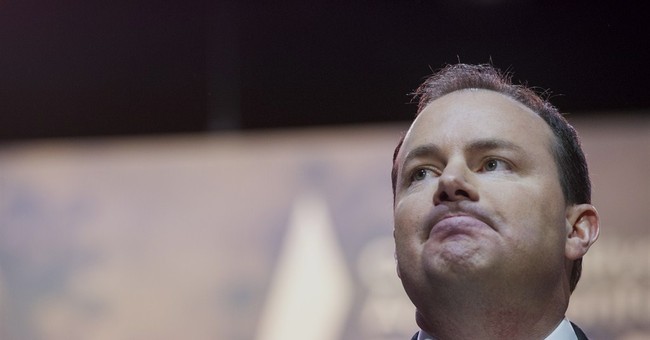 As President Trump prepares to deliver remarks on tax reform in Missouri Wednesday afternoon, Republican Senator Mike Lee is warning GOP lawmakers about the consequences of failing to get a bill passed on the issue.

"The American people elected us expecting us to repeal ObamaCare and bring about tax reform. We haven’t repealed ObamaCare. If we don’t get tax reform done, we are dead. We might as well flip up our tent and go home," Lee said during an interview with Fox Business host Stuart Varney Wednesday morning.

The White House is selling a tax reform package as a way to increase economic growth and employment prosperity across the country.

“We believe every-day Americans know better how to spend their own money than the federal bureaucracy, and we want to help them keep as much of that hard-earned money as we can,” Trump has said about the need for tax reform.

The President has also argued a burdensome and expensive tax code encourages corporations to move business overseas, rather than keeping jobs in the U.S.

Will be leaving for Missouri soon for a speech on tax cuts and tax reform - so badly needed!