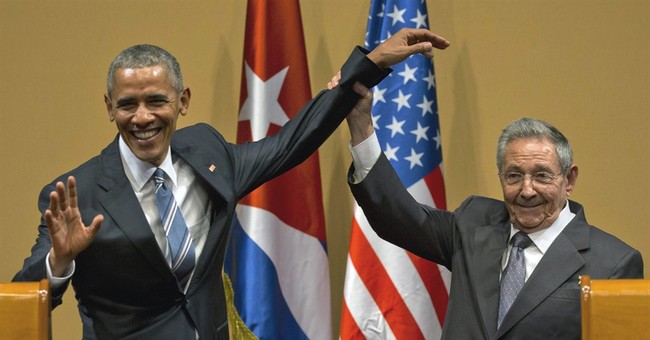 A number of American diplomats working at the U.S. embassy in Havana, Cuba have returned home after suffering hearing loss and other injuries over the past year.

According to a report from the Associated Press Cuban government officials placed damaging sonogram devices either in or around the embassy, seemingly with the intention of making U.S. diplomats go deaf.

The two-year-old U.S. diplomatic relationship with Cuba was roiled Wednesday by what U.S. officials say was a string of bizarre incidents that left a group of American diplomats in Havana with severe hearing loss attributed to a covert sonic device.

In the fall of 2016, a series of U.S. diplomats began suffering unexplained losses of hearing, according to officials with knowledge of the investigation into the case. Several of the diplomats were recent arrivals at the embassy, which reopened in 2015 as part of former President Barack Obama’s reestablishment of diplomatic relations with Cuba.

Some of the diplomats’ symptoms were so severe that they were forced to cancel their tours early and return to the United States, officials said. After months of investigation, U.S. officials concluded that the diplomats had been exposed to an advanced device that operated outside the range of audible sound and had been deployed either inside or outside their residences.

The State Department addressed the issue yesterday, saying knowledge of the incident came at the end of 2016, but would not detail the extent of the injuries.

"We take the situation very seriously," State Department Spokeswoman Heather Nauert said Wednesday. "One of the things we talk about often here is that the safety and security of American citizens at home and abroad is is our top priority."

Two Cuban diplomats working at the newly established embassy in Washington D.C. were asked to the leave the United States in response to the hearing loss revelations.

In June, President Trump gave a speech in Miami announcing the reversal of President Obama's "normalization" with Cuba in 2015. Not all policies were rescinded and the embassy was left open.