Surprise: Russia Tried to Get Dirt on Trump Too, Was Behind Fake Dossier 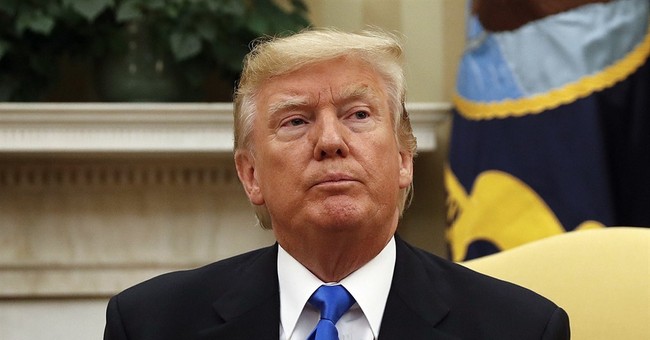 According to Republican Senator Lindsey Graham and testimony given by a witness to the Senate Judiciary Committee, the Russian government didn't isolate their election meddling efforts around taking down Hillary Clinton. In fact, they also dug up plenty of dirt on Donald Trump and were behind the infamous dossier containing salacious and false information about Trump.

.@LindseyGrahamSC: "What we learned today is that the Russians were behind the organization that tried to get dirt on Trump." pic.twitter.com/hXKskEs4bL

Fusion GPS co-founder Glenn Simpson, whose Russia connected firm produced the dossier, was asked to testify in front of the Committee earlier this week but refused. He has since agreed to a transcribed interview.

“Last week, we subpoenaed Mr. Simpson after he initially declined to voluntarily cooperate with the committee’s request for information and asserted that he would invoke his Fifth Amendment rights at a public hearing.  However, since that time, Mr. Simpson, through his attorney, has agreed to provide a transcribed interview and requested that the subpoena compelling his attendance at Wednesday’s hearing be waived.  We’ve reached an agreement on this request and have withdrawn the subpoena. As with other witnesses who have agreed to provide interviews, this agreement does not constitute a waiver of Mr. Simpson’s rights nor prejudice the committee’s right to compel his testimony in the future," Chairman Chuck Grassley and Ranking Member Dianne Feinstein released in a statement earlier this week.

“Our goal remains obtaining substantive information from witnesses to advance our oversight work and get answers the American people deserve," the statement continues.

Fox News' Catherine Herridge reported on the details of Russia's ties to Fusion GPS this morning, which caught the President's attention.

"One of the things that has been lost in the politics of this situation is that the Russians collected and spread negative information.....