Getting Hot: The FBI Probe Into Bernie Sanders and His Wife is Growing 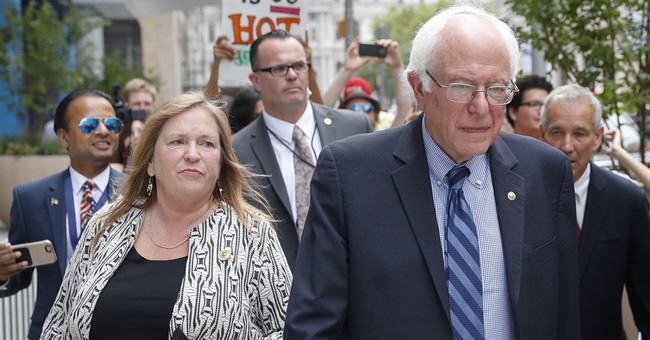 It's the FBI criminal investigation that has been largely ignored for months, but not anymore. At the end of June, POLITICO published a story detailing the Bureau's investigation into former Democrat presidential candidate Bernie Sanders and his wife, Jane Sanders. The potential charge? Bank fraud.

Federal agents have already gone through accounting documents, harddrives and other information belonging to Jane Sanders. Now they've hauled off even more potential evidence, which will be analyzed by prosecutors ato back their case. A grand jury has also been convened. From the Washington Post:

When asked about the investigation by CNN's Erin Burnett, Bernie Sanders defended is wife, wouldn't comment on whether she is under FBI investigation and said she is the "most honest person he knows."