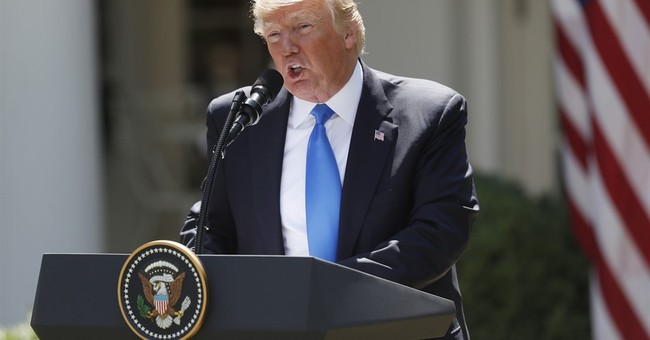 Speaking during a joint press conference with Romanian President Klaus Lohannis in the Rose Garden Friday at the White House, President Donald Trump said he is "100 percent" willing to testify under oath about the Russia probe. He also said he is happy to speak with Special Counsel Robert Mueller about the facts of the case.

"I would be glad to tell him exactly what I just told you," he said.

After Comey's testimony, would you be willing to speak under oath to give your version of events?

The President refuted parts of former FBI Director James Comey's testimony in front of the Senate Intelligence Committee as untrue, but also praised him for backing up a number of his own statements about the Russia probe.

"No collusion, no obstruction, he's a leaker," Trump said. "We were very very happy. And frankly, James Comey confirmed a lot of what I said and some of the things that he said just weren't true."

When asked about whether there are tapes of conversations with Comey, the President said, "Oh you're going to be very disappointed when you find out the answer." He added that he might tell reporters the answer in the "very near future."

During testimony yesterday, Comey said he hopes there are tapes of their conversation and that the President decides to release them.

During his remarks, Trump also denied asking Comey for loyalty during a private meeting at the White House earlier this year.

"I hardly know the man [Comey] I'm not going to say, 'I want you to pledge allegiance.' Who would do that?" he said.