Loretta Lynch Told Comey He Should Call Clinton Probe a "Matter," Not An Investigation 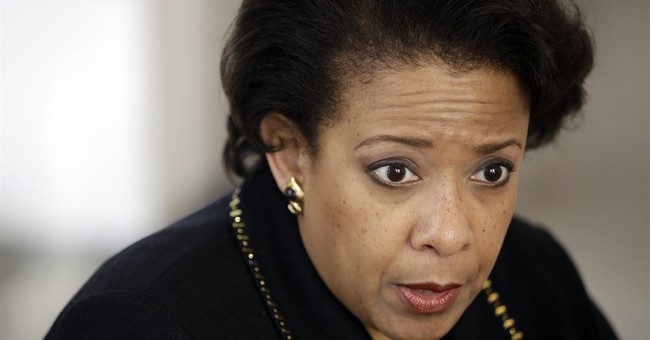 "She [Lynch] told me to call it a matter, which confused and concerned me. But that was one of the bricks in the load that led me to conclude I have to step away from the [Justice] Department if we're to close this case credibly," Comey said. "We had an open criminal investigation."

Comey's revelation came after a question from Chairman Richard Burr, who asked the former director how the June 2016 secret meeting between Lynch and former President Bill Clinton on her private plane effected his decisions surrounding the case. At the time of the meeting, Clinton was under criminal investigation for storing and sharing top secret and classified information on a private server. Lynch claims the discussion was about golf and grand children, not about special treatment for the former First Lady. Days later, Comey announced she would not be referred to the Justice Department of prosecution.

During the 2016 campaign, Clinton and her campaign team repeatedly referred to the criminal investigation as a "security review," a classification Comey took issue with.

"I don't even know what that means, a 'security inquiry.' We do investigations here at the FBI," Comey told Fox News' Catherine Herridge last year, adding that the term is unfamiliar within the Bureau.

Comey added during his testimony Thursday that he became concerned Lynch was aligning herself with the Clinton campaign by using the same language when referring to the criminal investigation.