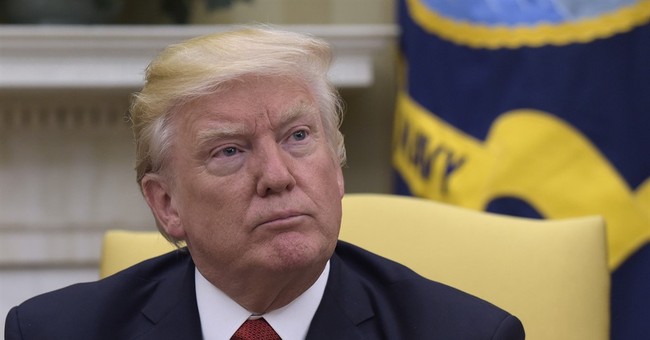 "No. Next question," Trump stated when asked by a reporter about the allegation.

The President was also asked for his response to the Justice Department appointment of special counsel to handle the Russia investigation.

"I respect the decision, but the entire thing has been a witch hunt," the President said, adding there was no collusion between himself or his campaign with the Russians. "I think it divides the country."

"Even my enemies have said there is no collusion," he continued.

When asked about his decision to fire former FBI Director James Comey, the President said it was the right thing to do and that it's time for the Bureau to have a new leader. It is rumored he will announce his choice to replace Comey before leaving for his first foreign trip on Friday.

"I thought it [Comey firing] would be a bipartisan decision," Trump said, citing Democrats who had called for his ousting. "We're going to have a director that's going to be outstanding."

Trump then pivoted to discussion of the economy and jobs, touting recent gains and new growth. He also addressed the U.S. drug crisis and Colombia's connection to the problem. The current chaos in Venezuela was also discussed and the President vowed to do "everything possible" on a humanitarian level to quell the unrest.