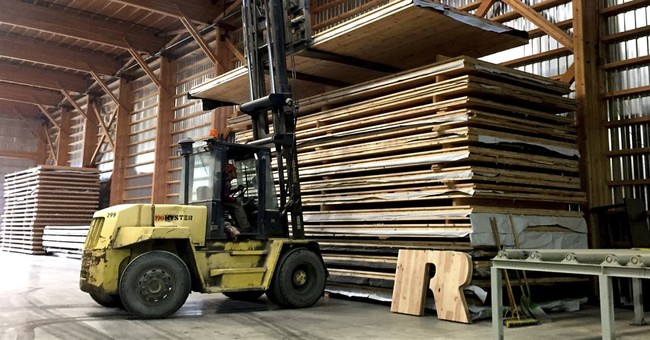 Speaking to a group of reporters at the White House Monday night, President Donald Trump announced he will ask for a 20 percent tax on imports of Canadian soft lumber.

The President said Canada has been "very unfair" to the United States and that the lumber issue falls under NAFTA, a trade agreement he wants to reform. He also argued lumber prices in the U.S. would not significantly increase because lumber will be harvested from the forests of America after reforms of the Antiquities and Endangered Species Acts. The Interior Department has also been instructed to look at ways to open federal land for multi-use.

.@SecretaryRoss: "This trade issue over lumber, as has been pointed out, is not a brand new issue. It's been around for quite a while." pic.twitter.com/AS0QwZTMkX

.@SecretaryRoss: "If NAFTA were functioning properly, you wouldn't be having these kinds of...unfortunate developments back to back." pic.twitter.com/8bMbFOdOkx

This announcement from the White House and Commerce Department indicates President Trump will be sending an official request to Congress is the coming weeks to renegotiate NAFTA.