Surprise: Upon Launch Obamacare Website Was Totally Unsecured and Easy to Hack 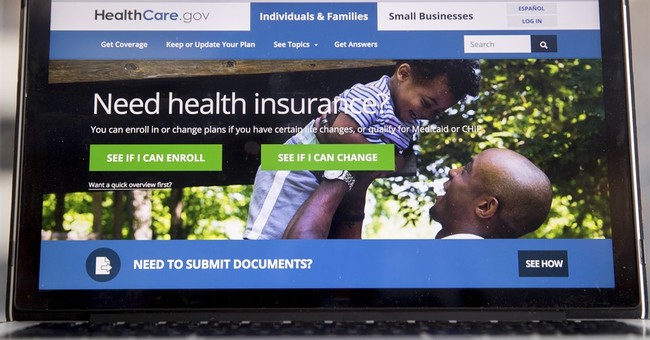 Healthcare.gov, the website used by Americans to enter sensitive medical and personal information while signing up for Obamacare, was severely unsecure upon launch in October 2013. The Obama administration knew about the vulnerabilities and went ahead with the launch anyway.

Hundreds of new documents obtained by Judicial Watch through a Freedom of Information Act Lawsuit show Health and Human Services officials were repeatedly warned by security contractor Mitre Corporation that the site was not properly protected.

According to the government watchdog group, "an unsigned 'Authorization to Operate' prepared just five days before Obamacare’s launch, indicates that the site’s 'validation contractor' was 'unable to adequately test the confidentiality and integrity of the [Federally Facilitated Marketplace] system in full.' That contractor, Blue Canopy, noted that they were able to access data 'that should not be publicly accessible.'"

The website was at such high risk, the Centers for Medicare and Medicaid Services edited a public memo stating  consumers could fully trust the system would protect their private medical and personal information.

Overall Healthcare.gov has cost American taxpayers $2.1 billion and maybe their identities, too.

“Obamacare is corrupt, as we see further proof in these FOIA documents that sensitive health information on millions of Americans was put at risk,” Judicial Watch President Tom Fitton released in a statement about the documents. “From its start, Obamacare was a project that its promoters were determined to inflict on us whether it was ready or not. And clearly it was not.  Anyone who uses the Obamacare web site does so at great risk to their private information.  Let this be a lesson for those in Washington who are now trying to clean up this mess.”

The Republican House failed to bring a bill partially repealing Obamacare to the floor for a vote late last month.