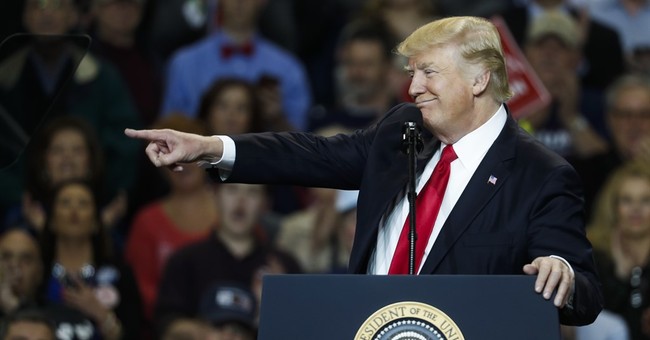 President Trump is headed to Liberty University, the world's largest and highly influential Christian university, in May to give the 2017 commencement address.

During the 2016 presidential election school President Jerry Falwell Jr. was a vocal supporter of Trump, sparking significant backlash from students.

"We deeply disagree with President Falwell’s enthusiastic support for a man such as Trump, but we understand that he is not alone among evangelical Christian leaders. Many of them believe that Christianity is under attack in the United States and that our nation’s moral fiber is weakening by the day. Additionally, many believe that a Hillary Clinton presidency would result in a liberal Supreme Court that could take away religious liberties. Perhaps these things are true. Like many people, we who are writing believe Clinton has proved herself untrustworthy with political power. We do not trust her judgment in choosing Supreme Court justices, and we understand why so many Christians are afraid. The future is uncertain," Liberty University students wrote in October 2016. "Trump is the antithesis of our values; there is no reason to revisit his vices here. Most non-Christians recognize Trump as amoral and self-centered. If we ignore this fact and buy in to his promise of strength, what will it tell the world about how seriously we Christians esteem our values?"

Given Trump's choice of Neil Gorsuch for the Supreme Court, he may receive a warmer welcome than previously expected.  Trump will deliver his address on Saturday, May 13.