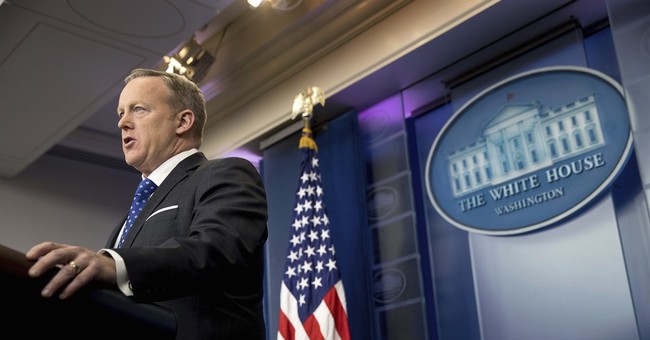 White House Press Secretary Sean Spicer revealed Tuesday that the 14-year-old girl who was allegedly the victim of a brutal rape at Rockville High School in Maryland last week, immigrated to the United States legally with her family.

"This young woman in particular fought to come to this country legally because of the freedoms and treasures of this nation and to think this kind of tragedy would occur to someone who's personally endured that kind of struggle to come to this nation and then face this is reprehensible and it's not who we are as a nation," Spicer said. "This is why he's [President Trump] is passionate about this [illegal immigration]. People are victims of these crimes."

The suspects, 17-year-old Jose Montano from El Salvador and 18-year-old Henry Sanchez from Guatemala, entered the U.S. illegally. Sanchez has an ICE detainer for deportation and both have been in the country for just eight months.

Spicer called the assault horrific and emphasized the need for local authorities to work with federal immigration officials to address the situation.

.@PressSec says rape of girl at school is “horrific” and adds, “Immigration pays its toll on our people if it’s not done legally.” pic.twitter.com/RGbwifXCrt