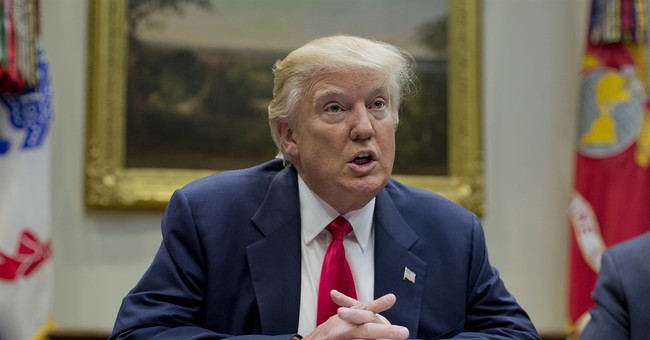 .@POTUS has signed a new executive order that will keep the nation safe. Read it at https://t.co/XcBwwEJJHF pic.twitter.com/Yx2mikXl2A

The order also places a 120 day hold on U.S. refugee acceptance from any country. From this point forward, there will be a 10-day implementation period and the order will go into effect on March 16. The first executive order Trump issued three weeks ago had Iraq on the list of banned countries, but after verification the local vetting system is capable of keeping terrorists out of the U.S., it was taken off. Green card holders from countries listed in the order are exempt. Iran, Libya, Somalia, Sudan, Syria, and Yemen are still on the list.

"The close cooperative relationship between the United States and the democratically elected Iraqi government, the strong United States diplomatic presence in Iraq, the significant presence of United States forces in Iraq, and Iraq's commitment to combat ISIS justify different treatment for Iraq," the order states. "In particular, those Iraqi government forces that have fought to regain more than half of the territory previously dominated by ISIS have shown steadfast determination and earned enduring respect as they battle an armed group that is the common enemy of Iraq and the United States."

Speaking from the State Department Monday, Secretary Rex Tillerson explained how the executive order will be implemented and asked U.S. allies for patience.

"With this order, President Trump is exercising his rightful authority to keep our people safe," Tillerson said. "It is the president's solemn duty to protect the American people."

"This order is part of our ongoing efforts to eliminate vulnerabilities that radical Islamists terrorists can and will exploit," he continued.

Attorney General Jeff Sessions and Homeland Security Secretary John Kelly also made statements explaining how the Department of Justice will enforce the law and the executive order on behalf of keeping Americans safe. They did not take questions from the press.

"This executive order seeks to protect the American people as well as lawful immigrants," Sessions said. "More than 300 people who came here as refugees are under an FBI investigation today for potential terrorism-related activities."

“The Executive Order signed today by President Trump will make America safer, and address long-overdue concerns about the security of our immigration system. We must undertake a rigorous review of our visa and refugee vetting programs to increase our confidence in the entry decisions we make for visitors and immigrants to the United States. We cannot risk the prospect of malevolent actors using our immigration system to take American lives," Kelly added. "We will continue to work closely with our operating components and across government to implement and enforce it humanely, respectfully, and with professionalism."