Spicer: Trump is Happy To Fire Career Officials And Appointees Not On Board With His Agenda 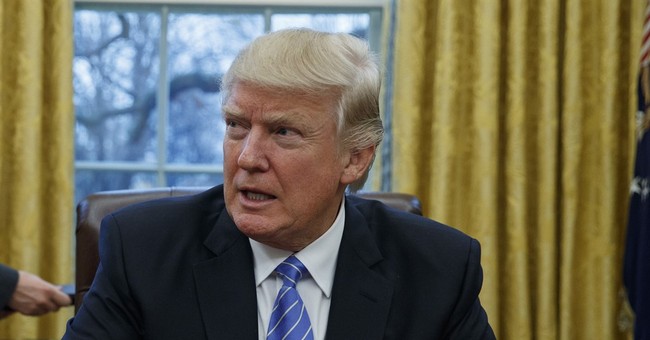 During Tuesday's White House press briefing, Secretary Sean Spicer justified the firing and noted career officials or appointees not on board with President Trump's agenda have no business being in the job.

"There's a big difference between listening and sharing ideas and executing lawful orders. It is the right of every American to express their idea and opinion," Spicer said to after questioning from Fox News' John Roberts. "When she [Yates] as the acting attorney general is not only responsible but required to execute lawful orders and defiantly says no as someone who is chosen to lead a department, she was rightfully removed. That is a position of leadership that is given to somebody to execute orders handed down to them properly of which that executive order was 100 percent done."

"If you don't believe in the President's agenda, and I think every one of the cabinet members, everyone of the appointees understands that they serve at the pleasure of the President. We talked about this at length during the transition. This isn't about joining the government to exercise your ideas or your initiatives," Spicer continued. "The President was very clear during the campaign whether it was economic security or national security that he has an agenda that he articulated very clearly to the American people and that it is his job to lay that vision out and that the people who he appoints and nominates...their job is to fulfill that and if they don't like it then they shouldn't take the job."

According to ABC News dozens, potentially hundreds, of foreign service officers at the State Department have signed a memo voicing their objection to the executive order. Last week four senior State Department officials handed in their resignations.