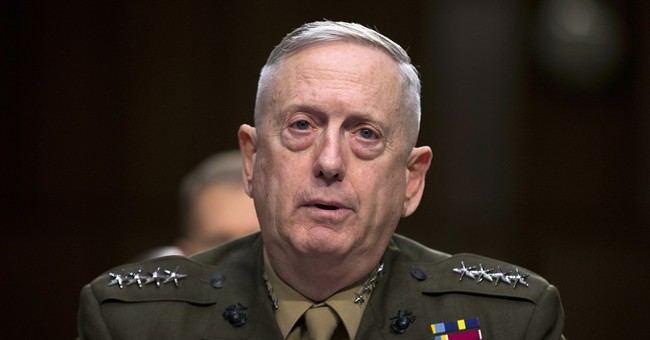 In an effort to get ahead of Democrat obstructionism, Republicans have inserted a waiver for Marine General James Mattis into the end of the year spending package. Because of Mattis' recent retirement from the military, he needs a waiver to serve as Defense Secretary under President-elect Donald Trump. From POLITICO:

House Republicans released a short-term spending bill Tuesday containing language designed to speed confirmation of retired Gen. James Mattis to be Donald Trump's defense secretary. The move will force Senate Democrats to decide whether to oppose the budget legislation over the matter - and risk a government shutdown - ahead of a Friday deadline.

The language would still require Mattis to receive 60 votes for a waiver needed to join Trump's Cabinet because of his recent military service. But it would expedite the Senate process in advance of Trump's swearing-in.

Mattis is respected on both sides of the political aisle and has been praised as a solid pick for the position by both Democrats and Republicans. Regardless, Democrats are staunchly opposed to Trump and will do almost anything to defy his choices and agenda. By inserting the waiver into the spending package, Republicans beat Democrats at their own game. If Democrats refuse to vote for the package, they'll be rarely held responsible for a government shut down.