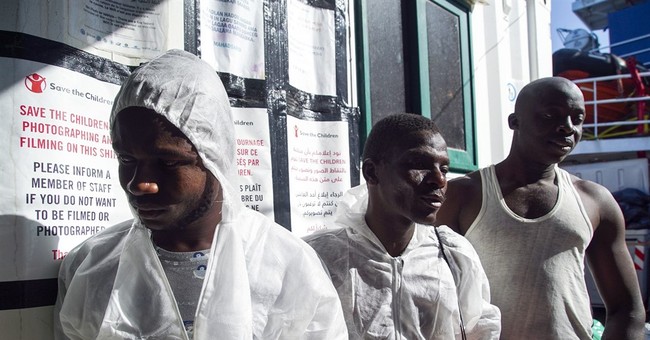 According to Senate Judiciary Chairman Chuck Grassley, the Obama administration is getting ready to unilaterally admit thousands of refugees previously rejected entry by Australian authorities. The refugees in question are from terror hot spots like Iran, Pakistan, Sri Lanka, Afghanistan, Iraq, Somalia and Sudan.

"This situation is concerning for many reasons...your departments negotiated an international agreement regarding refugees without consulting or notifying Congress. Such information was not disclosed to Congress during the annual refugee consultation that occurred on September 13, 2016, even though your staff confirmed that the agreement had, at the time, been negotiated 'for months,'" Grassley wrote in a letter to Secretary of State John Kerry and Homeland Security Secretary Jeh Johnson Thursday afternoon. "The individuals who will be resettled are coming from countries of national security concern. In fact, two of the countries are officially designated by the State Department to be State Sponsors of Terrorism."

"Finally, it begs the question why Australia and other countries refuse to admit these individuals, what other countries are doing to help alleviate the situation, what kind of precedent this sets for future refugees interdicted at sea by Australian forces and prevented from entering Australia, and how a similar situation will be prevented in the future," Grassley continued.

According to the letter, State Department officials signed an agreement to allow the refugees into the United States behind closed doors and is working with the United Nations High Commissioner for Refugees move the process forward.

The Obama administration is arguing details surrounding the refugees are classified, prompting Grassley to request a classified briefing on the matter.

In August, President Obama's goal of admitting 10,000 refugees from Syria was reached.