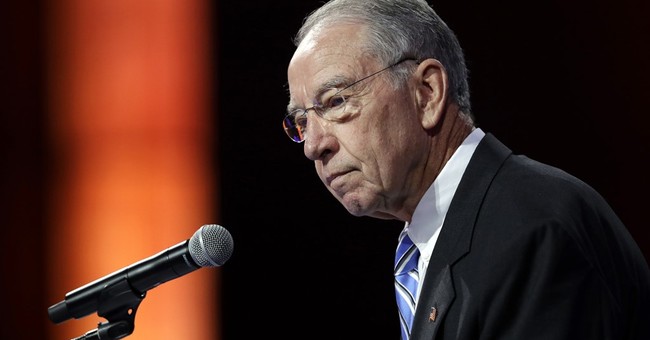 "Senator Sessions is a respected member and former Ranking Member of the Judiciary Committee who has worked across the aisle on major legislation.  He knows the Justice Department as a former U.S. attorney, which would serve him very well in this position," Grassley said in a statement Friday. "With this background, I'm confident he would be reported favorably out of the committee."

Grassley will oversee the confirmation hearing Sessions will endure before assuming the position as America's top law enforcement early next year.

The conservative American Center For Law and Justice is also applauding Sessions' appointment in addition to Trump's decision to appoint Rep. Mike Pompeo to head up the CIA.

“These choices are fantastic. Both are excellent leaders who will help set the tone for a Trump Administration that is serious about upholding the Constitution and the rule of law while elevating our intelligence capabilities at a time when our country is facing grave danger from terrorists,” ACLJ Chief Counsel Jay Sekulow said in a statement. “As Attorney General, Sen. Sessions will bring stability and credibility back to a troubled Justice Department under the Obama Administration. Sen. Sessions has the knowledge, leadership, and capability to restore the institutional credibility at the Justice Department."