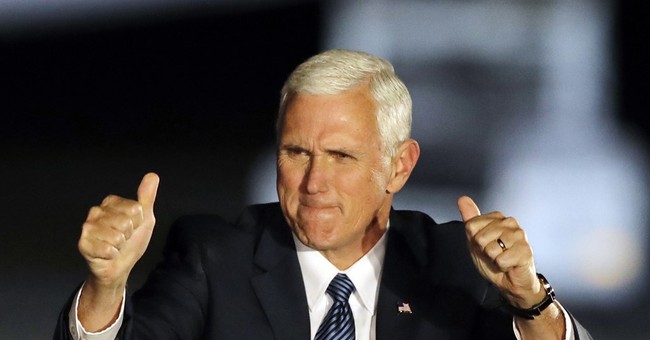 “Together this outstanding group of advisors, led by Vice President-elect Mike Pence, will build on the initial work done under the leadership of New Jersey Gov. Chris Christie to help prepare a transformative government ready to lead from day one. The mission of our team will be clear: put together the most highly qualified group of successful leaders who will be able to implement our change agenda in Washington,” Trump released in a statement Friday.

From The New York Times:

The president-elect told advisers he wanted to tap Mr. Pence’s Washington experience and contacts to help move the process along, according to people familiar with the discussions. An executive committee, which will include members of Congress, will advise Mr. Pence as the process moves forward.


Last month, two top Christie aides were found guilty by a jury in the Bridgegate scandal.

Christie denied he ever was and was never charged. But now that two of his former allies were found guilty Friday after a trial that showered the New Jersey governor with unflattering accusationsome political experts wonder whether Christie's reputation has been damaged beyond repair.

"Chris Christie's response ought to be: 'Hello, private sector,'" said Matthew Hale, a political science professor at Seton Hall University. "We never say never in politics. But I would say the only person who has a worse chance of reviving a political career than Chris Christie is Anthony Weiner."