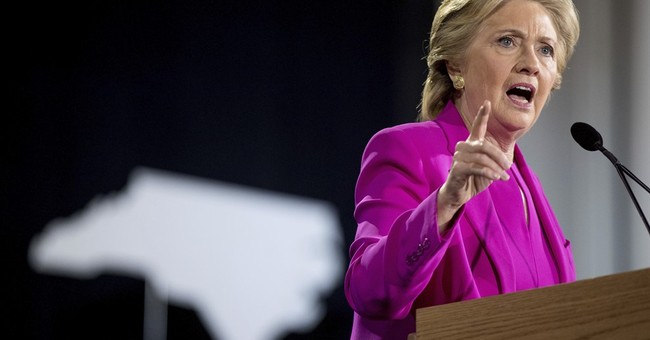 During a campaign rally earlier this week, under a dark cloud of a new FBI investigation, former Secretary of State Hillary Clinton claimed she was in New York on 9/11/2001.

"I was in New York City on 9/11 as one of two senators. I will defeat ISIS. I will protect America," Clinton said in Sandord, Florida.

Hillary says she was in New York City on 9/11 (She wasn't) pic.twitter.com/3ppmncpeTI

CNN is calling her out on it:

That's just not true. In her book, Hard Choices she says she arrived in the city the day after the terrorist attacks.

"After a long, sleepless night in Washington, I flew to New York with Chuck Schumer, my partner in the Senate, on a special plane operated by the Federal Emergency Management Agency," she wrote. "The city was in lockdown, and we were the only ones in the sky that day, except for the Air Force fighters patrolling overhead."

Clinton has recounted this same narrative many, many times, making her rally comments puzzling.