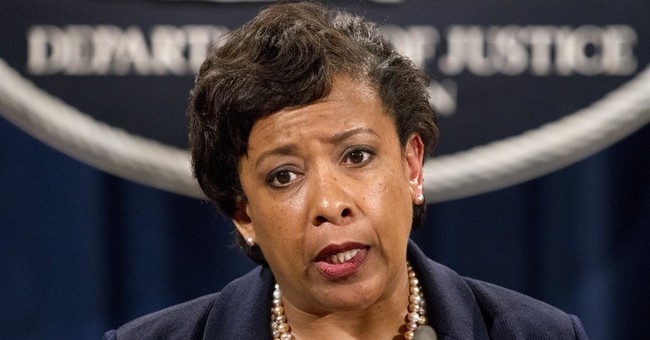 Government watchdog Judicial Watch has issued a Freedom of Information Act Lawsuit against the FBI demanding the release of documents surrounding the secret July meeting between former President Bill Clinton and Attorney General Loretta Lynch. The meeting took place on Lynch's private plane at Sky Harbor Airport in Phoenix and lasted for more than 30 minutes.

The lawsuit includes a demand for FBI “302” documents, which are reports of FBI investigation interviews.  The lawsuit was filed in the U.S. District Court for the District of Columbia (Judicial Watch v. U.S. Department of Justice (No. 1:16-cv-02046).

On June 29, 2016, Attorney General Loretta Lynch is reported to have met privately with former President Bill Clinton on board a parked private plane at Sky Harbor International Airport in Phoenix, Arizona. The meeting occurred during the then-ongoing investigation of Mrs. Clinton's email server, and mere hours before the Benghazi report was released publicly involving both Mrs. Clinton and the Obama administration. Judicial Watch filed a request on June 30 that the U.S. Department of Justice Office of the Inspector General investigate that meeting.

That secret meeting, which was first revealed by a local reporter, came just days before Director James Comey announced former Secretary of State Hillary Clinton would not face indictment after a year long criminal investigation into her mishandling of classified information and use of an unsecured private email server to conduct all of her State Department business. Comey cited a lack of action by DOJ prosecutors to take on the case as the reason for the non-indictment.


"FBI Director James Comey’s promise to the American people of transparency about the FBI’s investigation of Clinton was an empty promise – otherwise we wouldn’t be in federal court seeking this information,” Judicial Watch President Tom Fitton released in a statement. “An air of corruption surrounds the FBI/Justice Department investigation of Hillary Clinton and so, through this lawsuit, Judicial Watch is investigating the investigators.”

FBI agents reportedly told the New York Post they believe some kind of deal was struck during the meeting between Clinton and Lynch.

Sources said they had never heard of the “Case Briefing Acknowledgment” form being used before, although all agents must initially sign nondisclosure agreements to obtain security clearance.

“This is very, very unusual. I’ve never signed one, never circulated one to others,” said one retired FBI chief.

Meanwhile, FBI agents expressed their “disappointment” over FBI Director James Comey’s decision not to recommend charges against Clinton, sources close to the matter told The Post.