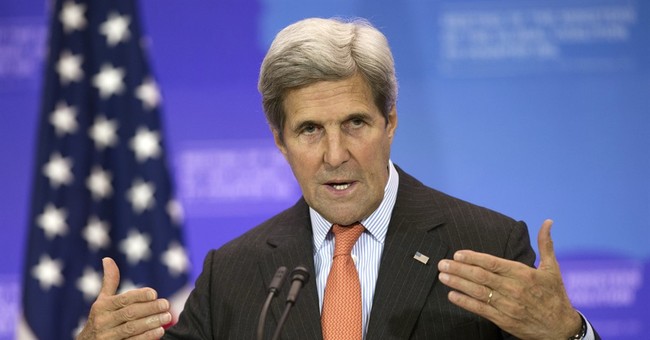 In March, Secretary of State John Kerry officially declared ISIS is carrying out a genocide against Christians and other religious minority groups in the Middle East and north Africa.

Governments around the world are hesitant to make this type of decision because an official declaration comes with legal requirements to act and stop the genocide taking place.

Six months later, the State Department is being sued by the American Center for Law and Justice for failing to provide information about what is being done to stop the genocide.

Disturbing reports from the Associated Press this week revealed the existence of a number of mass graves carrying up to 15,000 bodies in areas of Syria and Iraq.

“This Administration continues to refuse to acknowledge the enemy and won’t engage and eliminate ISIS – which continues its unabated genocide of Christians,” ACLJ Chief Counsel Jay Sekulow  said. “We participated in a concerted effort to pressure the Obama Administration to finally recognize this slaughter and publicly recognize this eradication as ‘genocide.’  But what is the Obama Administration doing to stop the genocide? The United States should be a leader in defending and protecting Christians. The world is watching as Christians are put to death simply because of their religious beliefs. That’s why it is so important to hold the Obama Administration accountable and to find out exactly what is being done to bring an end to this horrific practice.  And that is why we have gone to court to unearth the truth.”

Earlier this week the Obama administration hit its 2016 goal of bringing 10,000 Syrian refugees into the United States. Just 52 of the 10,126 admitted are Christians. Christianity in the Middle East is predicted to be extinct within the next five years.