Trump to Give Big Speech on Illegal Immigration This Week 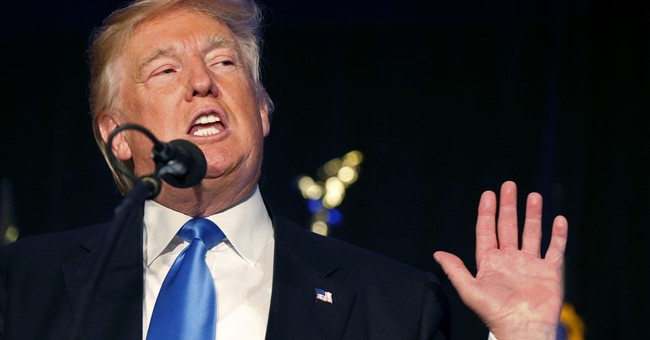 GOP presidential candidate Donald Trump, who campaigned in the primary as a hardliner on illegal immigration, has been under fire for a week after saying he's "softening" his stance on the issue.

"There could certainly be a softening because we're not looking to hurt people," Trump said in an interview with Fox News last week, going back on his pledge of a deportation force to solve the problem of 11 million people being in the United States illegally. "We have some great, great people in this country. But we’re going to follow the laws of this country and what people don’t realize. We have very, very strong laws."

Last Thursday Trump planned to give a comprehensive speech on the issue from Colorado, which was cancelled. His speech has been rescheduled to Wednesday from Arizona.

I will be making a major speech on ILLEGAL IMMIGRATION on Wednesday in the GREAT State of Arizona. Big crowds, looking for a larger venue.

Trump has been endorsed by Sheriff Joe Arpaio and former Governor Jan Brewer, who are both known for their tough stances on illegal immigration in the border state. His latest shift on illegal immigration to a status quo and amnesty policy position has earned him criticism from even his most ardent supporters like Ann Coulter and Sarah Palin.